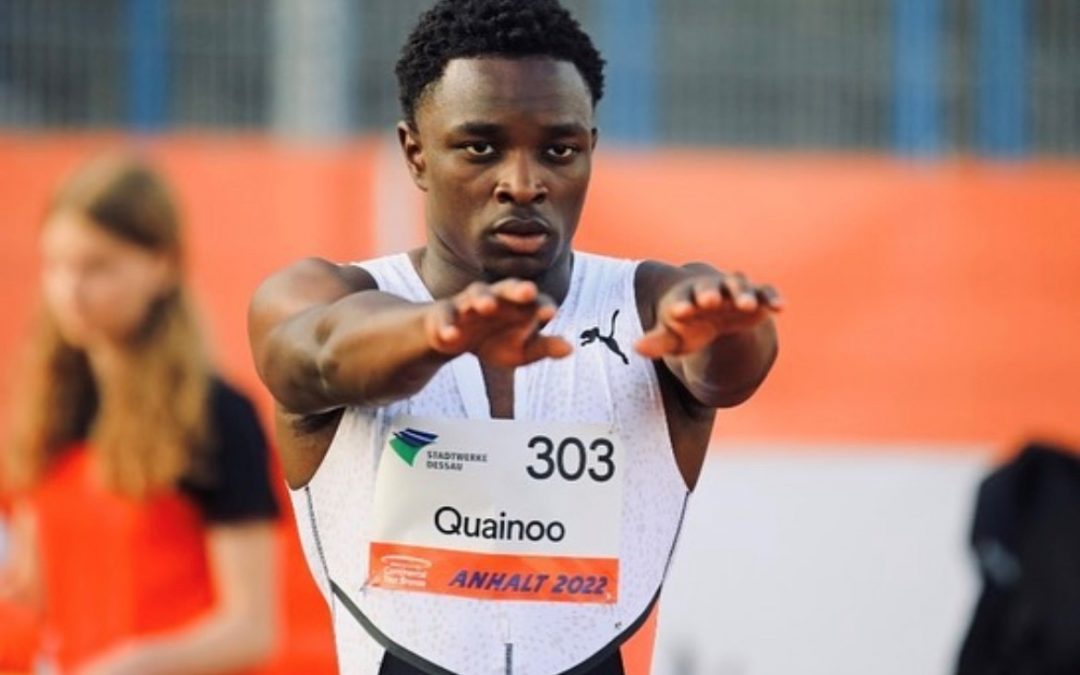 Last week was the Loughborough International Athletics event. Billed as a ‘Battle of the Nations’, the competition fields teams from Loughborough, England, Scotland, Wales, the National Athletics League and GB&NI U20s. Many Oaklands athletes competed across a variety of events, and there were some great takeaway results for our athletes, including big wins and personal bests.

The first event of the day saw Mia McIntosh competing over the senior women’s 100m hurdles. Mia was in a strong line up contested by senior internationals and a former World Junior Champion. A blistering start saw Mia take the early lead with a battle mid-race occurring with England all-star and World Student games finalist Jessica Hunter. A late surge saw Jessica just pip the teenager who achieved a new lifetime best of 13.50.

On the men’s side, college third and first years, Jeriel Quainoo and Dejaune Linguard, ran for GB u20 and GB u18 relay squads. Both had same great sections of the relay going up against a strong Team England featuring Harry AA and Oaklands Alumni Tommy Ramdhan & James Hanson, who were both competed in the Birmingham Diamond league, with James winning the men’s 200m.

Next up was second year Glen Hughes who competed in the men’s 100m and 200m. Glen had prepared well and looked to make advancements on his last outing. Glen took the win in both with personal bests of 11.5 and 23.2 seconds, respectively. A fantastic achievement! We look forward to watching Glen’s progress over the summer.

Elsewhere, Arantxa Middleton competed in the women’s 400m and relays where she won individually and as part of the team. Arantxa is on a strong winning streak right now, as she prepares for the competitive National Championships scheduled for late July.

Finally, Oaklands Alumni Olivia Breen (Long Jump) and James Arnott (100m) have both been selected to compete at the Commonwealth Games in Birmingham following on from the Gold Coast Commonwealths. Both para-athletes are thrilled and ready to take on the challenge. Well done both! Amazing achievement.

Following the Loughborough International, third-year runner Jeriel Quainoo flew to Germany to compete in his first outdoor World Tour Bronze meet. The field was extremely competitive with world 100m senior leading, Ferdinand Ominyala, headlining the event with a session best of 9.86s. The heats proved tricky for Jeriel, who ran 10.59s into a -0.5 wind, placing him 5th and 7th on seedings meaning he advanced to the B Final. With the nerves gone, Jeriel took charge early to win his race in a 10.42 (adjusted time) into a -0.6 headwind. A brilliant result! Well done, Jeriel!

All in all, the events were a huge success. It’s fantastic to see so many of our athletes succeeding and representing the college internationally. Congratulations to all involved!