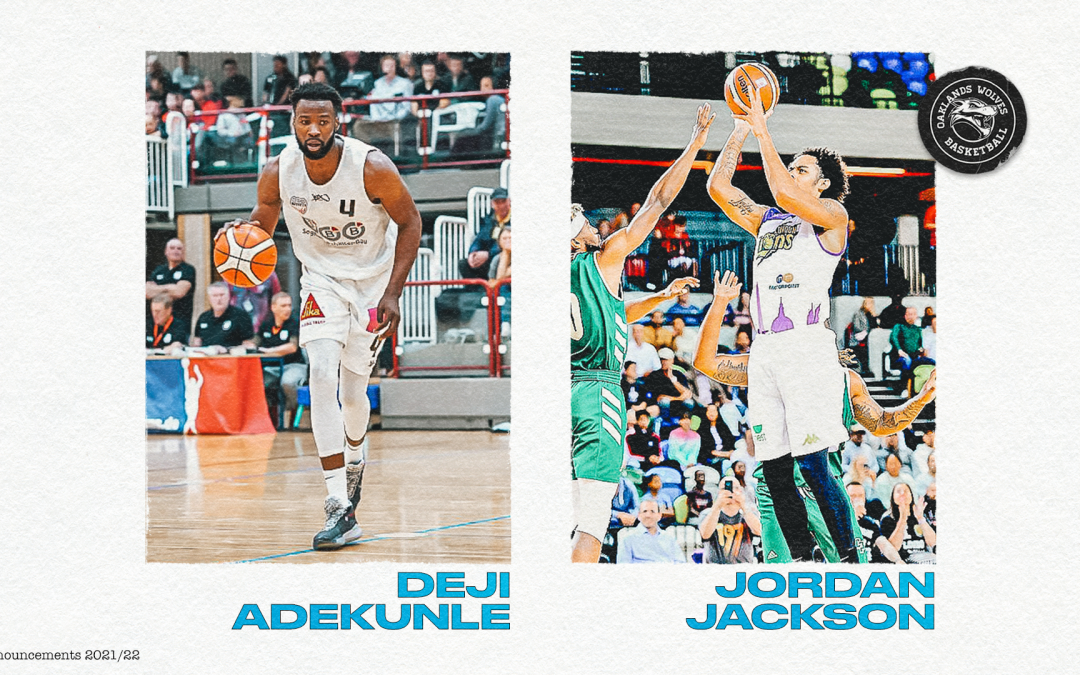 The Oaklands Wolves have boosted their front court with the arrival of two forwards for the 2021/22 season.

Oaklands sign Deji Adekunle, a 6’10 British forward, who returns to play in the UK for the first time since the 2016/17 season. An alumni of both Northwestern State and Keiser University, Adekunle signed for the Plymouth Raiders in 2016 before making a solid pro career in Europe playing in Germany and Italy. Most recently, playing for SBB Baskets Wolmirstedt, Adekunle averaged 8 points and 6.4 rebounds, shooting 65%.

Adekunle is looking forward to playing with the academy group, saying: “I’m grateful to be back home and part of the Oaklands Basketball, I can’t wait to get started with the season!! Being part of a young team, we are all learning off each other on and off the court, growing as players and young men every day, its really energising. Its going to be a lot of fun, Lets go Wolves!”

Oaklands also bring in Jordan Jackson, a 6’9 duel passport holder from Seattle, WA. Jackson will be familiar to British basketball followers; in 2019/20 season he signed for the London Lions playing 5 games before moving on loan to Hemel Storm for the remainder of the campaign. In a shortened 2002/21 season due to Covid, Jackson played for Fr. Matthews Basketball Club in Ireland and most recently Jackson played for Santiago Basket DR, In the United Cup championships. In 19 minutes in the final, Jack contributed 5 points and 4 rebounds on the way to lifting the trophy.

Jackson is ready to go on his second stint in Hertfordshire: “I’m truly grateful to part of the Oaklands program this season. Coach Ryan is a great coach with a philosophy that will transform this program. The team this year, and the college in general, has a lot of potential. We have only just started and I can see the growth in the academy players already; looking forward to getting the NBL wheel rollin and seeing what we can do!”

Coach Ryan had this to say about the new additions: “I am delighted to welcome Deji and Jordan to Oaklands. We identified the need to add length this season to what we knew would be predominantly an academy based team in D1. Both guys bring athleticism, a strong paint presence and importantly a defensive intensity that will really help us compete. It’s great to find two senior British players who can have such a positive impact to the roster. Just as important to us is that they are great guys who want to keep learning and improving as players. They have come to be part of something bigger than just playing, they are enthusiastic about the project at Oaklands and will be great role models for the academy players.”

Oaklands will run out in a pre-season friendly this weekend agains London All-Stars.