Oaklands College’s primary Football Academy since 2004, we aim to develop our players ability, skills and knowledge of the game and to provide opportunities for them to progress into men’s football within the professional and semi-professional game. All members of the Oaklands Wolves Football Academy must be students of the college, which in turn means meeting the entry requirements for the course that you have selected. Students that do not study at Oaklands College will unfortunately be ineligible to participate in The Wolves Academy.

The entry requirements for the A levels and BTEC courses can be viewed alongside the course listing within the course guide or through the course finder on our main OAKLANDS COLLEGE website.

The Men’s Football Academy programme is timetabled to work alongside your lesson timetables, to maximise achievement both on the pitch and in the classroom.

Students joining the academy will also be required to purchase the Oaklands Wolves Sports Academy kit bundle, more details regarding this can be provided upon application and enrolment.

WHAT YOU WILL GAIN...

As a Men’s Football Academy player, it is possible to study the vast majority of our courses, alongside your academic timetables. Once you have applied for a full-time course at Oaklands College, speak to the Head of Academy; Steve Castle for more information regarding the functionality of your study and academy programmes.

View our full-time courses on the main OAKLANDS COLLEGE website. 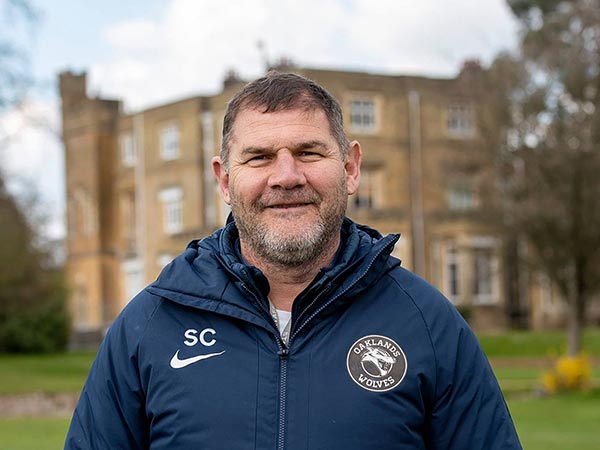 Academy founder Steve Castle has over 600 Football League appearances. Having retired from the sport, he completed his UEFA A Licence and started working for local professional and semi-professional clubs whilst acting as a scout for England’s U19’s. Steve is currently the First Team Manager at Royston Town FC and oversees the development of all players at Oaklands Wolves Football Academy. Steve boasts a footballing CV working alongside the likes of Glenn Hoddle, Tony Pulis and Kevin Nugent. 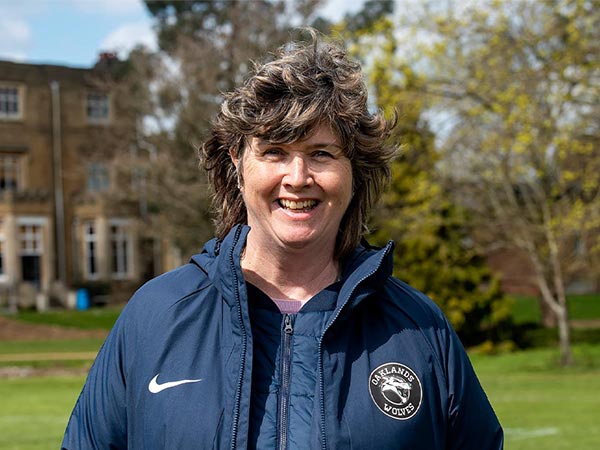 Also known as the ‘Mother’ of the group, Karen founded the academy alongside Steve in 2004. Karen arranges all academy fixtures, administration and is always available for a chat, providing support and guidance to our Academy players – Whether there’s an issue with the course, travelling to college or any additional learning support Karen is always there to help. In addition to this, most parent enquiries are dealt by Karen. 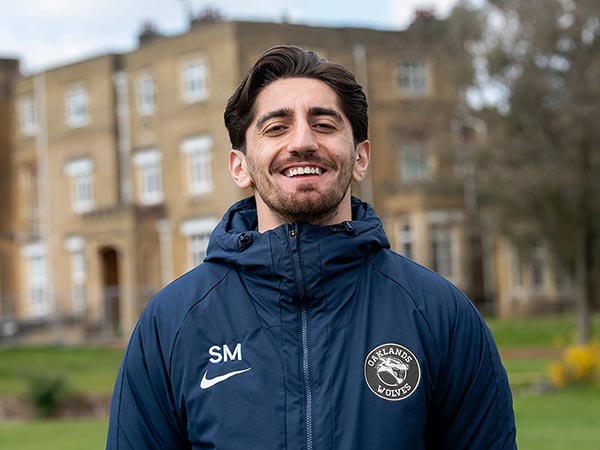 A former Oaklands Wolves Football Academy student, Spyros went on to the University of Hertfordshire to study Sports Studies after his completion of the BTEC Level 3 Sport & Exercise Science at Oaklands. Spyros made his First Team debut for St Albans City FC under Steve Castle at the age of 16 and is currently playing for Castle’s Royston Town. Mentis has been at Oaklands for 10 years and is very proud of how the academy has developed through the years and very excited to see how far the academy can progress in the future. 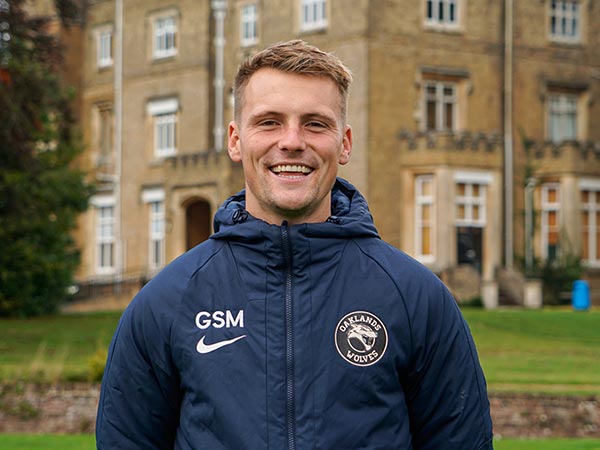 A former Oaklands Wolves Football Academy student, Gus started coaching at the academy after completing his BTEC Level 3 Extended Diploma in Sport & Coaching. Gus is also currently playing at Royston Town and was a member of the famous FA Youth Cup squad which lost 2-1 against Arsenal FC in the 5th round. A great coach with the philosophy of “train how you play” Gus is also working with the Oaklands Wolves Youth Academy which have teams from U8’s all the way up to U16’s. 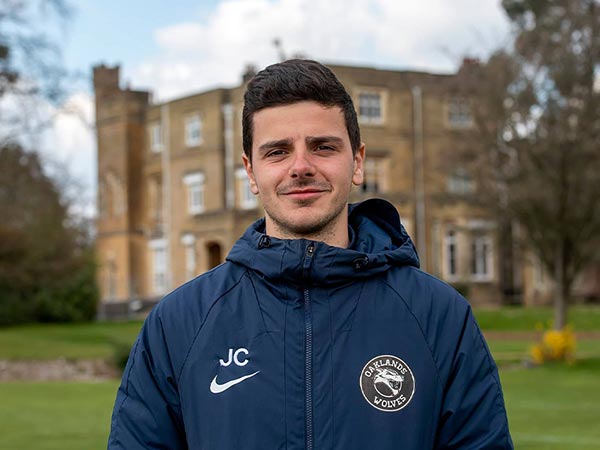 Another former Oaklands Wolves Football Academy student. Like Gus, Josh was employed after completing his BTEC Level 3 Extended Diploma in Sport & Coaching. Josh was a key member of the squad which won the League and the Regional Cup and earned himself a 6 week trial at Swindon FC midway through his second year at Oaklands. Inspired by his native Italian footballing roots, his coaching philosophy focuses on technical & possession aspects of the game. 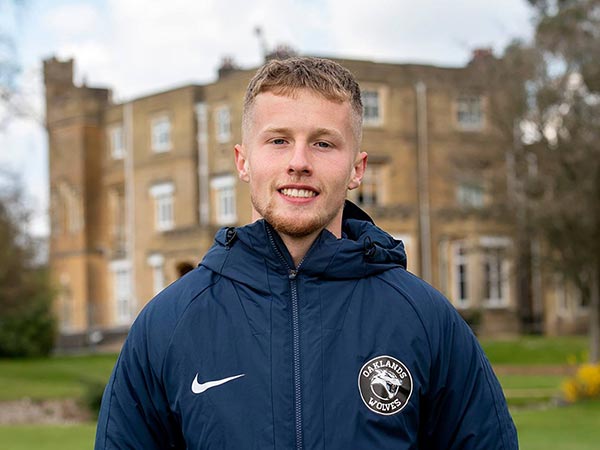 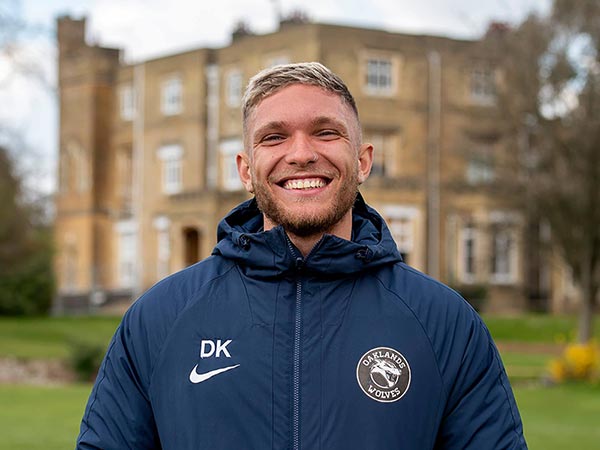 Dimi has just joined the academy after a spell of playing professional football for FC International Leipzig in Germany. A talented goalkeeper who was on the books of Brentford FC in his youth before making his move to Germany. Dimi currently plays Non-League football for Bedfont Sports FC, whilst completing his Sports Science Degree at Brunel University. Looking to pass on what he’s learned as a Pro, he’s currently working for various youth clubs in London and is in the early stages of setting up his own GK Academy. 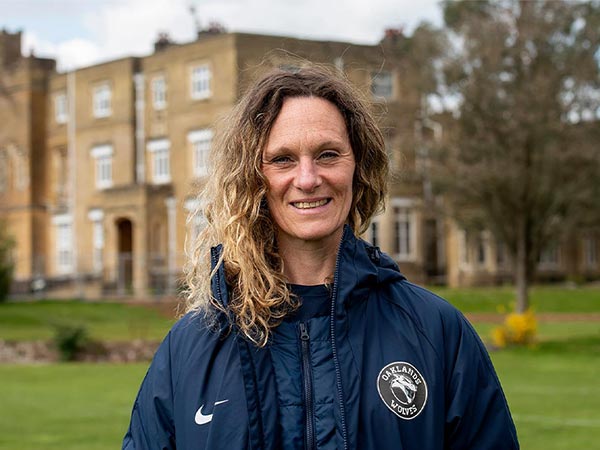 Leda was a professional cyclist for ten years representing Team GB throughout her career. She won over 30 International races and multiple National medals as well as becoming British Number One. Having retired from the sport, Leda now shares a physio role between the Football & the Cycling Wolves Academies whilst also being the current Team GB Elite Physio for British Triathlon. 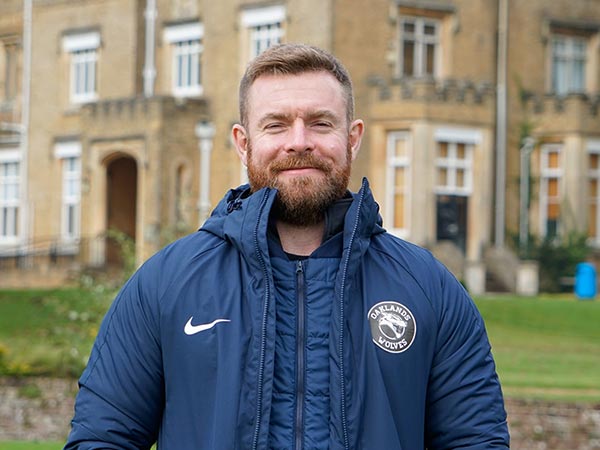 Typically, the Elite squad is formed of players who have previously played for a professional academy or at county level. The U19’s would likely have played for a semi professional team (EJA level) or are on their second/third year with us. The U17 squad is primarily formed of players who have played for a local amateur or school team. Having said that, previous clubs/experience is not taken into consideration when trialling for the academy, players are chosen solely on their performance, attitude and desire on the day.

HOW MANY IN EACH SQUAD:

The squads are formed of 18-22 student athletes.

Progression occurs on a weekly basis, players move up and down the ladder depending on performance, attitude and in-class attendance. There is a clear in-house progression route from the U17’s to U19’s to Elites and an external progression route for the Elite players who are all encouraged to play men’s football. Rather than being linked with a single football club, we aim to form links with clubs at all levels of the Non-League structure to ensure Elite players progress to men’s football at the right level. Some examples include Dagenham & Redbridge, Royston Town, AFC Dunstable & London Colney FC. In addition, exceptional Elite players may also get the opportunity to trial for a professional academy & England Colleges Squads, with the help of Head of Academy Steve Castle, who has over 600 professional league appearances with various clubs and expansive coaching experience.