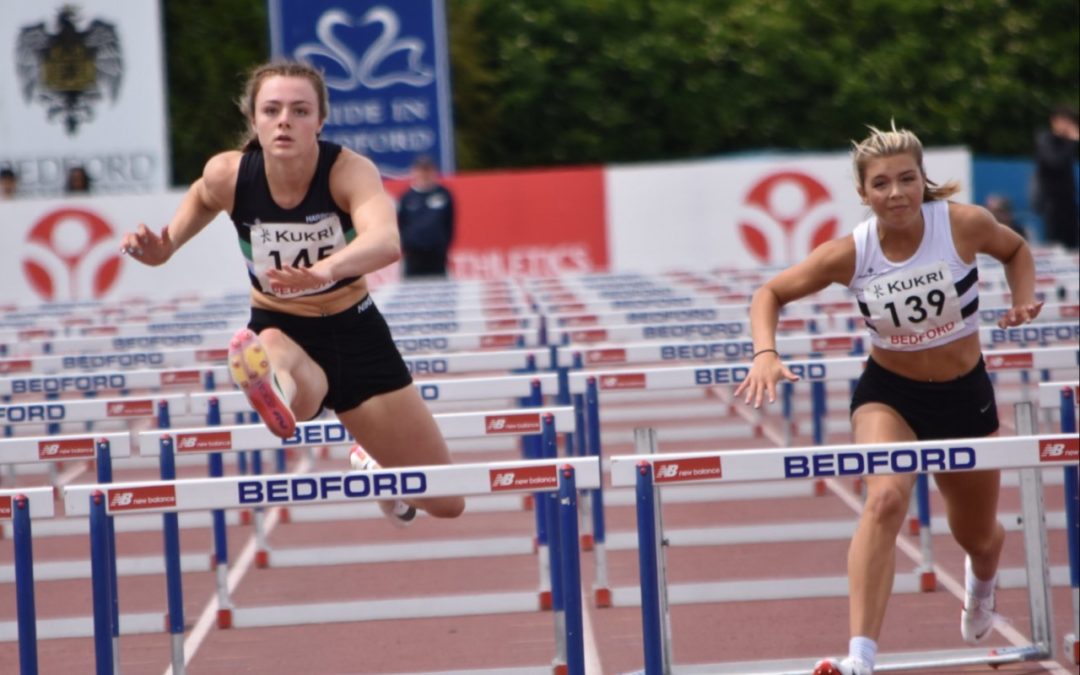 Due to the European Youth championship taking place before the England u20 Championships, those contending for the GB team were invited to a bespoke u18 qualification event.

This saw Britain’s top athletes across all events attempt to gain qualification times and also elevate their European rankings in order to be best positioned for the July Championships in Jerusalem, Israel. 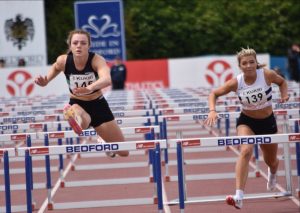 The performance of the competition was unquestionably first year sports student Mia McIntosh (pictured left) competing over the 100m hurdles following her success in Geneva, Switzerland.

In the heats, Mia sped out to an new National record of 13.33s into a headwind of -0.2 leaving the next competitor over half a second behind her.

One not to settle on her performances, Mia returned later to eclipse her new National record running 13.19s which is inside the qualification time for this year’s Commonwealth standard for Birmingham. Unfortunately, the race was marginally outside the legal limit of 2.0 meters per second coming in at 2.2.

Mia will head into the Euro’s a strong medal contender being ranked second. 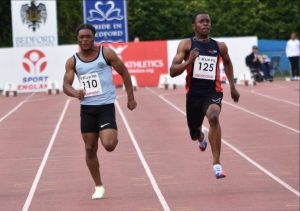 In the men’s u18 100m sprint it was the turn of first year sports student Dejaune Linguard (pictured left).

The heats proved a nice warm up as Dejaune cruised through to a new season’s best of 10.61 with second place coming in at 10.94.

The final was set to be a close battle with Dejaune’s rival wining his heat in 10.69.

After a faulty start and a recall, the finals remained competitive as expected. Dejaune sat in second place by the halfway mark. A late surge saw Dejaune pass his rival to clinch the win in a second seasons best of 10.57 to go fifth in the euro rankings.

Selections and official announcements take place tomorrow and with both athletes ranked in the top 5 we highly expect both athletes to be given the nod this week.