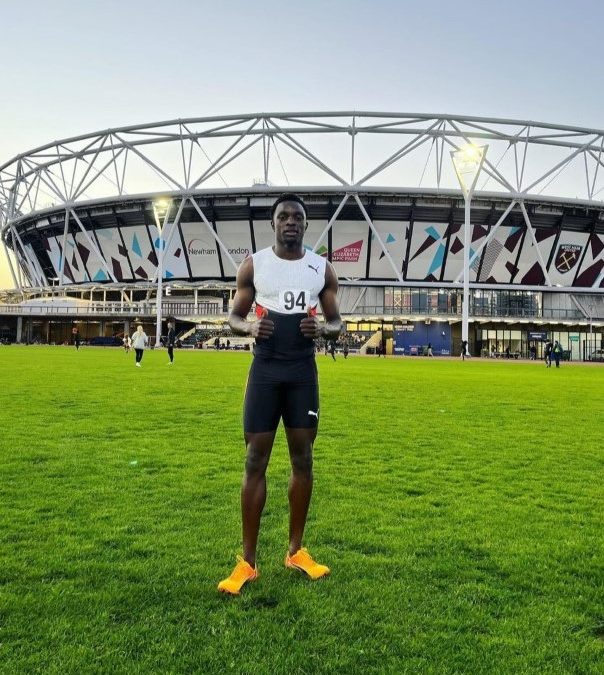 Jeriel Quainoo competed at the Olympic Park sprints evening in both the 100m and 200m. The first contested was the 100m where Quainoo stormed against the current UK leader and main contenders of the GB world junior team to take victory in 10.28 seconds +1.8 wind.

He returned onto the track to the 200m race where again an early lead was taken to set a new lifetime best of 20.65 seconds (previous best 21.37) to qualify in both events for the GB World Junior team. Jeriel is now the new European Leader in both events and sits 23rd for 100m and 11th for the 200m globally. He also sits 12th in the 100m and 6th in the 200m UK senior rankings and 11th in all time British history at 200m for an under 20.