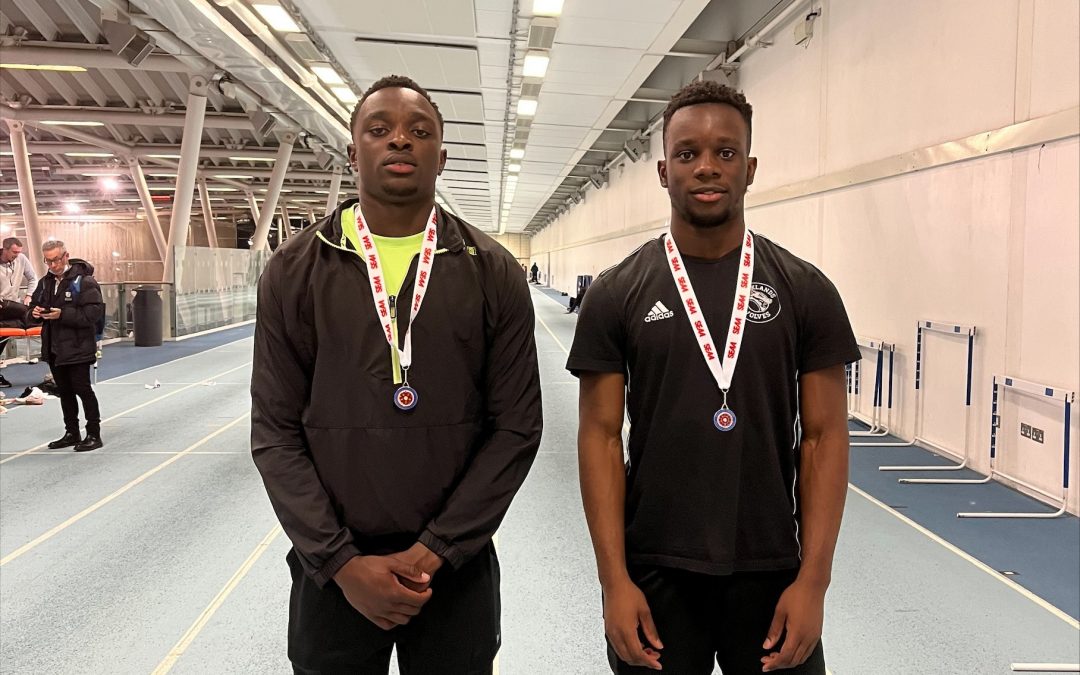 The Oaklands Wolves Athletics Academy represented Oaklands College at the South of England Championships this past weekend, impressing at Lee Valley Athletics Centre across two days of action-packed events.

In preparation for the upcoming National Championships in Sheffield, the Oaklands Wolves Athletics Academy flew out of the blocks to begin their individual preparations, setting personal-best timings in the process.

The opening day focus was very much on talented prospect Jeriel Quainoo, who was a European Championships finalist last year. Jeriel excelled alongside the ever-impressive Emmanuel Duruiheoma, who also shone last year as an England Schools finalist, taken Gold and Silver respectively. The two Oaklands students would eventually have to face-off in the Semi Finals, after both winning their respective heats – Emmanuel narrowly got the better of his Team GB counterpart, after a UK-leading personal best of 6.73 seconds in the 60 metres. The time places him third in Europe at Under 20s level.

Not one to be outshone, Jeriel set a personal best of his own with a 6.74 second sprint to place second in the UK and fourth in Europe at Under 20s level, but it was in the eventual final that Jeriel would show his Championship experience, winning with an equally as impressive 6.75 sprint, closely followed by Emmanuel in second just 0.04 seconds off.

It was a proud end to the first day for Oaklands, whose Head of Athletics Ryan Freckleton had witnessed the overwhelming success of two of his athletes and the resurgence of another, Dejaune Linguard, who moved up into 4th

Day two of the Championships were met once more with more success for the Wolfpack, when second-year development athlete Jack Raine moved back up to the 800m event. After taking an early lead from the start to lead the first 450m of the race, the rest of the field began to close in, but Jack showed true grit and determination to set an outright personal best of 2:04, a time which is a testament to his progression as he works towards outdoor National Championships Qualification.

Also competing at a newer distance was first-year residential student athlete Arantxa Middleton. Arantxa, who is coached by Oaklands Coach Jake Awe, was able to shave a second off her previous personal best to lower her time from 61.7 to 60.9, moving her from 29th in the National rankings to 21st. Speaking about her development, Head of Athletics Ryan Freckleton said: “We are extremely excited about the rate of progression that Arantxa is displaying in just her first year on the Athletics Academy programme, her performances are a testament to Jake and the fantastic Coaching Team at the College.”

The success wasn’t to end with Arantxa, who passed the baton over to Engineering student Bryan Ogbebor, whose personal-best time of 7.57 seconds in the Men’s 60m Sprint was met with another, from Onaope Sogbesan who set a 7.52 time of his own.