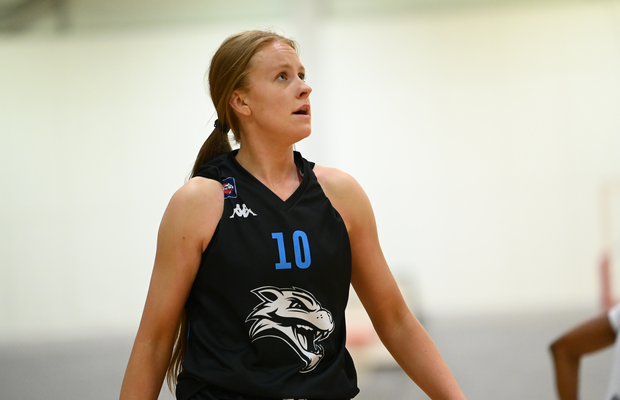 Wolves moved into the WBBL play-off zone with a 57-52 home victory against Essex Rebels, on Saturday.

Lee Ryan’s side had suffered a heart-breaking loss when the sides met a few weeks ago, but strong second and third periods proved key as they gained revenge to move up to eighth in the table.

Milligan opened the scoring and Lizzy Harrison’s jump shot made it 13-6 with 4:20 on the clock before Munns capped an 8-0 to send Rebels into the first break with a 15-13 lead.

Hanies doubled that lead with the first score of the second quarter before Emmanuel-Carr’s triple dragged Wolves back into the game and Beth Sarson put the home side back in the lead again. Waithe’s triple put Rebels 21-20 ahead but after neither side troubled the scorer for four minutes before Uprus hit a three and Harrison hit a lay-up before Uprus again scored from downtown to help Wolves go into the half-time break leading 28-23.

The third period proved key as Wolves outscored the fourth placed visitors 15-8 as they opened strongly with baskets from Milligan and Harrison made it a nine point game. Emmanuel-Carr took the lead into double figures and Sarson’s three made it 44-28 with 5:30 on the clock.

Rebels fought back with an 11-2 run, but Milligan’s lay-up sent the hosts into the final break leading 48-39 and Uprus made it a double-digit lead again with the first score of the fourth period before Louise Rouse made it 52-39.

Another scoring drought at both ends followed before Munns’ triple made it a ten point game heading into the final five minutes. Emmanuel-Carr took the margin back out to ten with 2:46 on the clock before Landburg and Costa halved the lead with 86 seconds remaining.

Ryan’s timeout calmed things and Emmanuel-Carr’s third triple of the game effectively wrapped up Wolves’ fourth win of the season.

The Wolves are back at home tomorrow evening as they take on Cardiff Met Archers at 5pm. Live stream links will be posted on our social media channels.