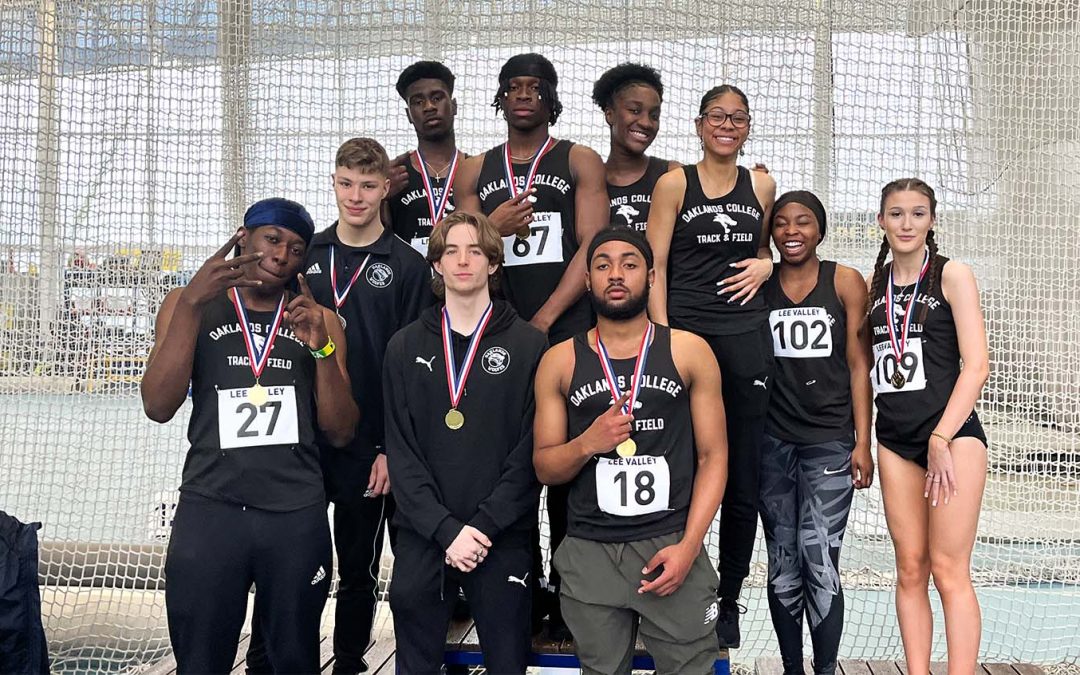 The first Gold medal went to Jack Compton in the men’s Long Jump. Jack leaped to 6.21m to take the Gold from round two with his final jump pushing the 7m mark but was declared a foul.

The second Gold medal went to Arantxa Middleton. The 400m is a test of raw speed and speed endurance which didn’t phase the first year Wolf, who lead from the gun to run 62.5s winning by 2 clear seconds.

The third and fourth Gold medals came from Jeriel Quainoo who doubled up his championships competing in both the 60m and 200m, which saw him complete the 60m heats, 200m heats, 60m final and the 200m final with under an hour between each race.

The fifth Gold medal came from the men’s relay team, where the quartet of Onaope Sogbesan, Glenford Hughes, Bryan Ogbebor and Clayton Jacinto won the indoor 4x200m relay in 1:37.6 seconds. A fantastic first time indoor leg from Onaope placed the team in second, and Glenford charged out in the second leg to put the team ahead. Bryan and Clayton ran strong third and fourth legs, holding on to their pole position and brought home the win.

Our coaches performance of the day came from the men’s 400m, contested by Jack Raine. After a conservative heat of PB 54.6s, Jack attacked brilliantly in the final, leading the race until the final steps where Jack narrowly missed the Gold medal by 0.05s. Jack stopped the clock at 53.65s, knocking 2 seconds off his indoor lifetime best. This result moves Jack from an all time highest National ranking of 195 to 62 rank. Jack also returned 1 hour later to win his time trial heat 35min later.