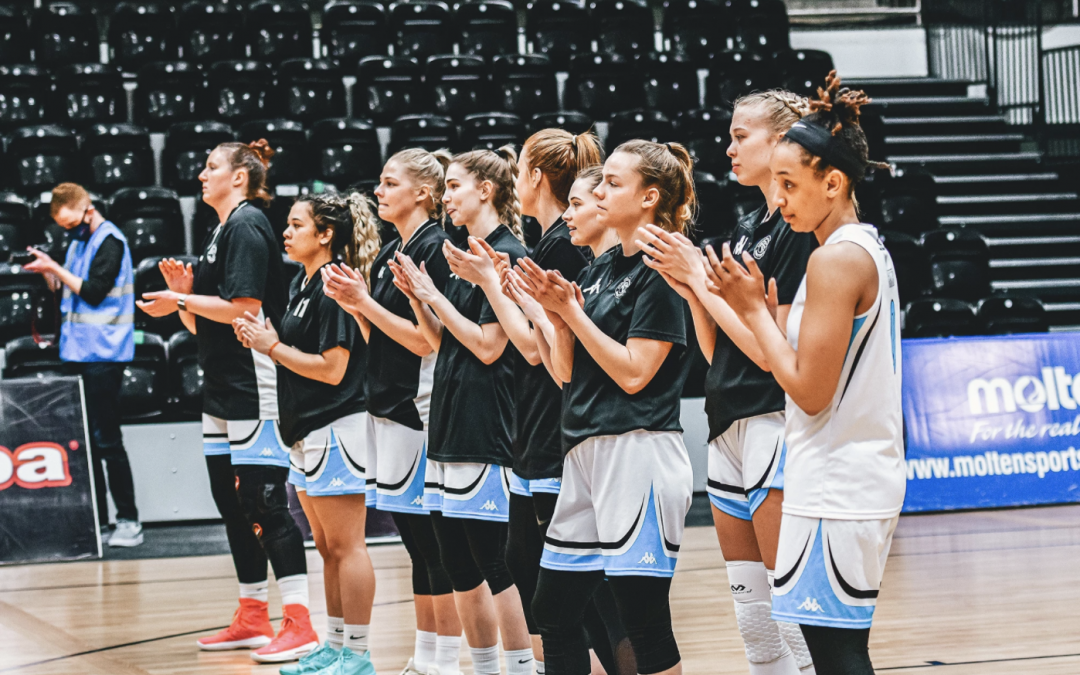 Wolves saw their play-off dreams end with a 76-59 against reigning WBBL champions Sevenoaks Suns in Newcastle on Saturday.

Amari Carter led Lee Ryan’s team with 16 points, three steals, two assists and as many blocks, while Merissa Quick came off the bench to finish with 14 points and four boards. Greeta Uprus added 11 points with Dorka Boros chipping in with eight points but Wolves found themselves out-rebounded 45-24 against a Suns team who have won the last three play-off championships.

Coach Ryan’s reflection following the defeat: “Making the play-offs was the goal this season and I’m very proud of everyone in the organisation for their commitment and perseverance in what has been the most challenging basketball season on record” he said.

“It was a tough ask to beat Sevenoaks, they played very well on the day and unfortunately we didn’t put a strong enough performance together to cause the upset.

“It will be important for everyone to take some time, reset the minds and bodies in the off season and come back next season with a healthy squad and ambition to climb the league.”

Wolves started well with a pair of Uprus free-throws followed by back-to-back Carter baskets – the second of Lauren Milligan assists – saw them take a 6-2 lead after two and half minutes. Milligan kept Wolves ahead and Uprus’ trey saw them lead 11-8 after five minutes.

That proved to be as good as it got for Wolves in the opening quarter as Suns went on a 9-1 run, and although Boros and Beth Sarson both hit jump shots, Monakana sent the Suns into the first break with a 20-16 lead.

Wolves again made a positive start as the second opened with Quick and Milligan scoring to tie the game at 20 before Garrido-Perez started and capped a 14-0 run that put Suns in charge. Boros broke the run and Uprus hit a triple as Wolves stayed in touch, going into the locker room trailing 36-25.

Carter opened the second half scoring and Uprus hit another trey to make it an eight point game two minutes gone but a pair of Carr baskets started a 9-0 run as Sevenoaks increased their lead to 17 points. Boros stopped the tear and Quick reduced the deficit to 13 with five minutes gone, and a pair of Quick three-point plays saw Wolves move within 12 points heading into the final 70 seconds of the third period before Suns hit the final five points of the stanza to lead 61-44 at the final break.

Carter hit three triples in the fourth period as Wolves matched the league champions – sharing 30 points – but were unable to get the margin into single figure during the final ten minutes as their season came to an end.